50k and half-marathon
Registration is OPEN!

This September 26, join us for a special SKYFIRE Edition of Skyline 50k!

Skyline 50k is one of the oldest continuously running trail 50k races in the United States, if not the oldest. Because of health restrictions in early August, the race is being run this year in late September, alongside of Dick Collins Firetrails.

The Skyline course is an in-depth journey through the southern half of the East Bay hills and travels on much of the famous Bay Area Ridge Trail before it meanders back to Lake Chabot. Runners will be treated to early morning navigation around the east side of the lake, witnessing the day coming to life on the water, and ultimately return via the west side of the lake to complete the circle. In the interim, runners will travel through grasslands, bay and oak forests, ridgeline fire roads, windy single track trails, towering Redwood forests, and more while taking in all that the diverse Bay Area ecosystems have to offer.

Now in our 39th year, the community that supports Skyline 50k invites your friends and family to join you and celebrate at the now famous post-race BBQ on the expansive lawn at Chabot.

Did You Say BBQ?

Yes, Skyline is known as a race where people sit back and enjoy a great spread of food that meets every dietary restriction. This is a race that people don’t leave and folks hang around all afternoon to watch the runners come in. Everyone eats at Skyline too. Your whole family. Oh yeah, and there’s beer.

Again this year, Skyline 50k is part of the P-USATF Grand Prix. This makes our race a favorite among teams from the region, ensuring a competitive and fun race. Starting in 2018, Skyline 50k became a qualifying race for UTMB as well, offering 2 points for all finishers.

Starting in 2020, we will offer a half marathon, which is a point-to-point race that runs from Chabot Space and Science Center to the finish area at Lake Chabot Marina. Runners will hop on busses at Lake Chabot, departing at 7:30 sharp for and 8:30 start. The Skyline Endurance Run Half Marathon is a great introduction to ultrarunning for people who want to get involved and is true to our tradition of encouraging and inspiring rising ultrarunners.

Starting in 2017, The Dusty Bottoms one of our favorite running groups, created a new program to aid tired runners to the finish. If you need a little extra encouragement, grab a Dusty Bottom Trail Angel from Big Bear on your return. They will run with you as far as you need, including all the way to the finish. Now you have a Bottom of your own. 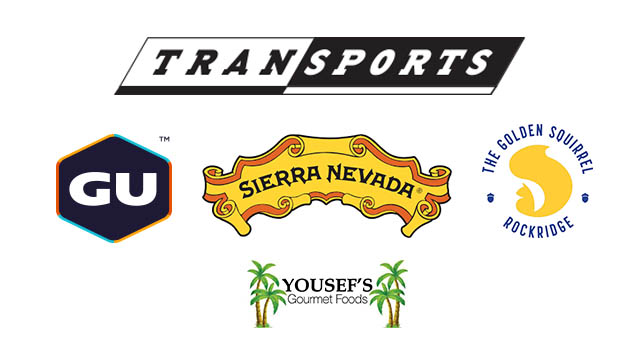 Times, Getting here, Where to stay

The race will be held at Lake Chabot Marina, starting at 17936 Lake Chabot Rd Castro Valley, CA 94546. This location is a short 20 minute drive from downtown Oakland and approximately 40 minutes from downtown San Francisco.

If you're coming from outside of the Bay Area, there are a number of places to stay near Lake Chabot. Please use this link to see the closest hotels to the starting point.

We support drop bags at the Skyline Gate Aid Station, located about halfway through the race. Bring your bag to the start on the morning of the race and we'll transport it to the aid station in time for your arrival. Bags will be returned to the finish after the aid station closes. Please be sure to clearly identify your name and number on your bag.

The time limit is 9 hours. Contact us for early start options if you think you may need more time.

Is there a pre-race packet pickup?

Yes! We will have packet pickup from 1 - 6pm at The Golden Squirrel at 5940 College Avenue in Oakland on Saturday, August 3.

Is there race-day pickup and registration?

Yes! We usually have bib pickup open at about 5:30am on race day. We always have a few stragglers that like to register on race day too. Race day registration is $115, so save a few bucks and register when everyone else does!

Are there places where my friends and family can crew or watch?

Most of the aid stations are vehicle accessible. For driving directions go to the Aid Stations page under the Course tab.

Are there finisher awards or medals?

While we do offer a hearty congratulations, along with various race swag items, we strive to emphasize the experience over the medals, and thus devote more energy toward the things that will make the race one to remember, including an elaborate post-run bbq and beer extravaganza where you can connect with your fellow finishers. Awards will be given to the top overall male and female, as well as the fastest male and female finishers in each 10-year age group. We also have special awards to be bestowed upon the first male and female rookie ultramarathoners.

Is there a time limit?

Yes, there is an 9-hour time limit. Intermediate cutoffs are located at Skyline Gate (mi 14.4/11:20 am), and Bort Meadow return (mi 23.3/2 pm). There is a 'soft cutoff' at Big Bear (mi 20.2/ 1pm) to ensure runners are on pace. Please remember the cutoffs are in place so the volunteers can join the post-race festivities. If you feel that you may need additional time, please contact us about early start options.

Do you need volunteers?

Our races depend on the generous spirit of the running community to ensure every participant is well supported. Volunteers will receive a free entry to a future Scena Performance event. Please fill out the volunteer form to indicate your interest and we'll get back to you with more information.